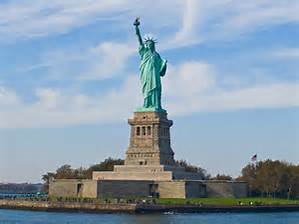 My middle name is America. Yes, just like the country! Growing up kids were mean and mocked me when they found out I was named like this nation. I hid it. I hid it because it symbolized something I didn’t understand. I was a Hispanic young girl in a very Anglo area. What that name felt was a stab of sarcasm and irony. I was born in Puerto Rico, a commonwealth territory of the United States, but not many kids knew this. So, even though I was American, I was also not in their eyes.

I have learned to embrace this middle name. In spite of the inhumane, bigotry, prejudices, judgments, and fears, I hold my head up high for sharing a name given to this gorgeous and magical land of ours. I will not hide it any further…because RIGHT NOW, I will continue to voice out my feelings on what it means to be an American. I will share what it means to be a Latin woman in a country with other magnificent minorities. I will not stand by and hide in fear of discrimination, hatred and victimization. On the contrary, I send more love now than ever before. Even when I don’t agree with all the political nonsense and skepticism, I am an American.

I am proud of the men and women who fight for this country. I am in awed of communities and unity and the love that goes behind all the media frenzy that only focuses on the bullshit and darkness. Cause, darlings, America is a land of opportunities and freedom. Step away from your televisions, media chaos, and other negative sources. Go outside and see the real beauty of this country. It’s not just in nature, but in its people. It’s in the veteran, the elderly, the children, the millions of souls who truly want to be here in this country.

No nation is perfect. Just like its people, it has flaws and requires work. A country is as powerful as its folks, not its leaders. We get to decide who and what happens, even when the media tells you otherwise.

I have recently witnessed the most incredible reminder of unity through the fighting of these wild fires in Western North Carolina. I have seen first hand what love entails when you don’t care about race, color, gender or any of the ridiculous labels the mainstream media focuses on. I have seen hands of all sizes, colors and shapes battling the fires and eat together at the fire station. I have witnessed several accents from all parts of the country laughing and sharing during gatherings there. I take notice, because I am proud of be part of this area.

America! It is made of the most complex and simple multitudes of souls. The world looks over at us and craves for what we have. It’s time to fight the hate with more compassion. I might be naive but I do know love. I know the power it holds when we stop fearing the things we don’t understand. Hatred comes from fear of the unknown and lack of education. In my lifetime I have felt the bigotry on many occasions. Although I might not look Hispanic, I open my mouth and the Spanish does come out. I have children of all shades and nationalities. They are a quilt in my heart composed of solidarity and dreams of what this nation offers. America is their home and I hope they never ever take it for granted. I sure don’t!

I am America. You are America. And, I will stand with my brothers and sisters to show the world that a few assholes will not tarnish that name. After all, darlings, we are here to create, follow, and unite what our forefathers dreamed of hundreds of years ago when they entrusted a nation to be moved by its people. Go into this holiday season, not in separation of who is President, who is part of the KKK, who is giving the Blacks, Latinos, Homosexuals, Women, and everyone else the lack consideration. Go into this time with acceptance, awareness, and unity for all the religions, cultures and amazing spirits that make this melting pot we call “home.” We are one race…the human race…on a constant marathon for a power that truly doesn’t exist. It’s all part of the facade. It’s time to stop this insanity of pointing fingers and demoralizing each other. Hate is not fought with more hate. It is fought with light, love, and pure kindness. You all matter to America and to me.

11 thoughts on “A Letter to America From America”

Follow Moments with Millie on WordPress.com
Join 1,800 other subscribers